The Birth Centenary of Dr. Dwarkanath Shantaram Kotnis By - Avinash B Jagtap

Dr. Dwarkanath Shantaram Kotnis was born on October 10, 1910 in a middle class Maharashtrian family in Solapur. He studied medicine at G. S. Medical College of Bombay University and got his M.B.B.S. in 1936. Thereafter he worked as a residential physician. He ardently wished to get higher education in surgery. In February 1938, the annual session of All India Congress Committee was held at Haripura under the Chairmanship of Subhas Chandra Bose. Under the leadership of Pandit Jawaharlal Nehru a special resolution was passed during the Haripura session, whereby it was proposed that a delegation of Indian physicians should be sent to China to help the Chinese people who were engaged in combating the invading Japanese forces.
Read more in Issue no.51 of our magazine
Posted by Unknown at 10:05 AM

Latest issue of ITS Stamp News; Entered in 19th Year of publication without break 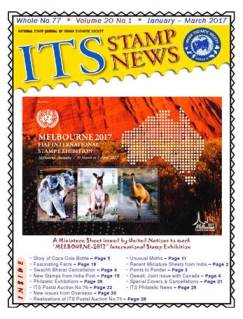 ITS Stamp News No.77

~ Points to Ponder From the Pen of Editor – Page 3

Rates for Subscription and Advertisements

Membership for this Society is open for all stamp collectors. All the members will get quarterly magazine of the society.

Welcome to our blog - Do visit site of 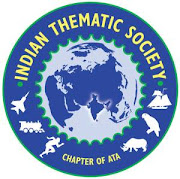 To download a detailed list of "ITS Postal Auction No.75" with 135 Lots of Indian stamps, Miniature Sheets, Sheet-lets with thematic sets from overseas visit SCRIBD

My Most favourite webpages